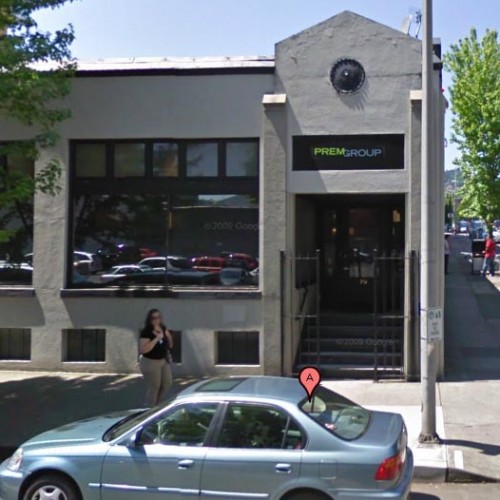 What: Sam Roloff’s latest work and collaboration painting by You  for the benefit of CHAP.
When: Thursday, July 7 · 5:30pm – 9:00pm
Where: PREM Group 351 NW 12th Avenue
Cost: $5 for the wristband that allows for beer and wine and pizza.

We are excited to welcome artist Sam Roloff to PREM Group’s July First Thursday Celebration! In addition to showcasing pieces from some of his most recent series’, Sam will be working with our First Thursday guests to create an original painting which will later be donated to our non-profit of the evening, the Children’s Healing Art Project (CHAP). Come by to meet Sam, learn more about CHAP’s programs and to contribute YOUR artistic flair to an original work of art.

As always, we’ll be serving up free bites, beer, wine and entertainment thanks to our fantastic community partners!

A quick glance at Sam Roloff’s life suggests an adventure as varied and as colorful as the canvases he has created. Born and raised in the San Francisco Bay area, Roloff graduated with honors from the San Francisco Art Institute in 1993.

His paintings ran in numerous galleries and shows in San Francisco in the early nineties, including the renowned Luggage Store Gallery. During this time, Roloff witnessed the birth of the Mission School art movement. Centered in the Mission District of San Francisco, the movement took its cues from mural and graffiti art and emerged from a group of Roloff’s classmates at the San Francisco Art Institute.

Roloff was friends with many of the Mission School artists, but ultimately decided to pursue his own path. Always possessing a penchant for travel, Roloff hitchhiked through Mexico and Guatemala, finding inspiration for artistic endeavors in the rich cultures and bold characters he encountered. In 1994, Roloff moved to Prague, Czech Republic, for a year, where he ran a small gallery and originated his “Women in Prague” series.

This was a defining year for Roloff, for even now, Roloff finds that a new piece often harkens back to that figurative series. Three years after returning from Europe, Roloff married his wife, Cheryl, in his old San Francisco stomping grounds. A year later, they had their first child Max, now nine, and moved to Chicago. Their second son, Henry, was born three years later in the Windy City.

In 2002, the Roloff family found their way to Portland, where they currently reside. Their daughter Amelia was born that same year. Today, Roloff finds as much inspiration at home with his beautiful family as he once did in prestigious art school or circling the globe. He credits his children with bringing a fresh perspective and a sense of whimsy to his work, keeping his paintings fluid, rather than fixed and unchanging.

A bit about CHAP…
(www.chap.name/)

Children’s Healing Art Project (CHAP) brings the healing power of art to children in crisis and their families with a mobile team of teaching artists working in Portland’s children’s hospitals. CHAP has created art classes tailored to the needs of the children we serve in our partner facilities: Doernbecher Children’s Hospital, and Shriners Hospital for Children. In 2009, CHAP worked with over 10,000 children and their families.