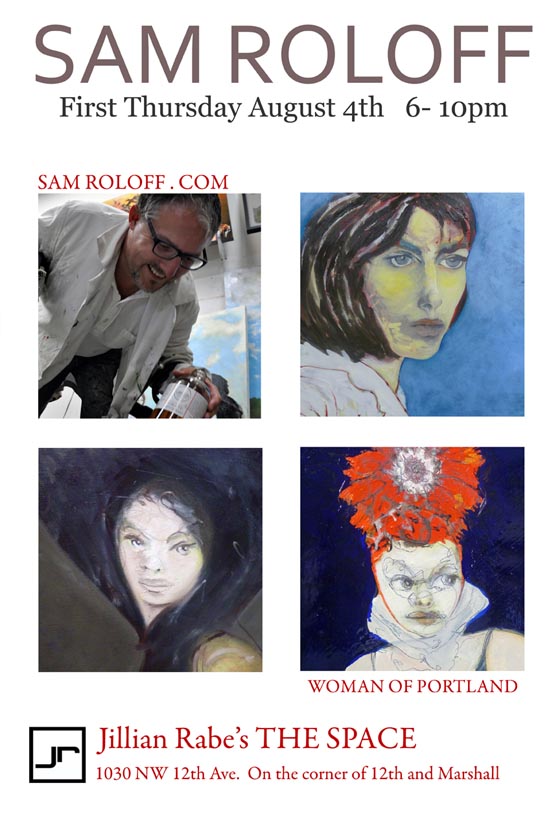 The inspiration for painting a series of women residing in a particular city first occurred in 1993 when Roloff was living and painting in Prague.

The artist was impressed by the city of Prague and the remarkable style of its female residents.

The result was a cathartic outflow of heartfelt portraits.  The series was and still is a huge success.

Now 18 years later, while living in Portland, Roloff has done it again by creating his “Women of Portland” series.

The collection is fresh and edgy, but also captures a classical sense of the female form and its beauty.

The unveiling of the series is scheduled for next month in Portland.