From time to time, we’ll highlight sellers and listings from Gliph Marketplace. At the debut, we’re happy to highlight the listings of Portland-area artist, Sam Roloff.

Sam Roloff was raised in the San Francisco Bay area and eventually graduated from the San Francisco Art Institute in 1992. Journeys through Central America eventually landed Sam in Prague, Czech Republic where he ran a gallery and developed his talent for figurative works. 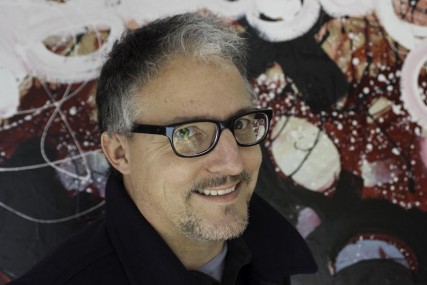 Sam has drawn artistic influence from historical artists, their styles and the movements they created. For example, Bosch, Ernst, Picasso and Warhol have all impacted Sam. Current events and cultural phenomena served as the basis for some of his work including the global economy and symbolism of the American flag.

Sam has been particularly drawn to the Bitcoin digital currency and found an interest in making his paintings available for purchase using Bitcoin. “I currently have $200 stuck in PayPal and for a starving artist that’s a lot, wish I used bitcoin,” said Sam. “After trying Craiglist, eBay and Etsy I’m glad to have finally found an online marketplace that allows me to interact with my patrons and also facilitates Bitcoin payments.”

Sam has two paintings available for sale in Gliph Marketplace and is offering discounts for payment in Bitcoin.

Check out Sam’s listings for “Battle of Thermopylae” and “The Last Matador” now.