Battle of the Sexes

Taxed to the Teeth 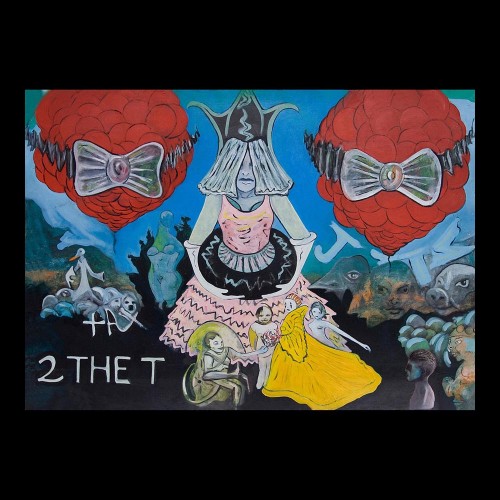 Title: Taxed to the Teeth
Medium: Oil on Gesso Paper (Framed)
Size: 40 x 30
Series: Neo-Classical
ID#: SGR3003
Year: 2009
Price: $1,500
Description: Started back in 1996, the painting tells a story of  wedding on the beach. The groom is shown in a wheelchair and the bride is surrounded by nymphs, above everyone is a large child like figure that accidentally stumbled upon this wedding of miniature people while at the beach. That scene was inspired by an old episode of the Twilight Zone. In both top corners you can see large red balloons being held back by ribbon till the cerebration is complete. The “Taxed to the T” reflects the current state of the groom’s body being  taxed and tired, while the T is short for teeth. So the full expression or saying would be “Taxed to the Teeth”.

This painting can viewed at the Urban Grind NE.

Title: Supper Club Bubbles – aka First and Last Supper
Medium: Oil on Wood Panels
Date: 1998-2011
Size: 24 x 48 inches
Id: SGR3037 and SGR3038
Price: $800 each $1,500 both
Description: This painting was started back in 1993 in San Francisco as a traditional Last Supper homage.  It then spent 10 years in the artist’s studio being used as a work table holding the painting supplies.  This photo above was taken before the 10 years of use as a table.

No earlier photos exist of this piece; in fact this painting inspired the artist to start taking photos of each stage of each painting. This theme became the backbone of his Back-Story Underpainting style.

During the past year, the artist brought these two similar paintings closer by attacking the painting in the approach of a graffiti artist.  Notice the play with the glazing and the flat grey.

The composition was modeled directly after Leonardo Da Vinci’s “Last Supper” but that’s where the similarities stop.  Each group of apostles deals with the differences between themselves, while not relating with the central figure.  The visual dialog is meant to be read from right to left.

The painting remained like the above photo for 12 months.  Then, the artist reopened the painting and took it in a whole new direction, with very little regard for the original concept.

The dialogue then switches direction when new layers are created.  The most obvious example of this is the featured baby in the arms of the central figure.  This figure is transformed from Jesus into his mother holding the baby Jesus.  This metamorphosis changes everything.

The new direction was inspired by Graffiti Art and the artist’s own Back-Story Underpainting style.

Amanda Knox as The Mona Lisa

Title: Amanda Knox as The Mona Lisa
Medium: Oil on Canvas
Size: 60 x 60 inches
Price: contact artist
Description:  This is a painting of Amanda Knox who was wrongly sentenced to life in prison for the murder of Meredith Kercher in Italy. More to come.

Under the Circus Tent and the Battle of Anghiari

Title: Under the Circus Tent and the Battle of Anghiari
Medium: Oil on Panel (Framed)
Size: 48 x 23 inches
Date: 1994
Price: SOLD
Description: Inspired by Leonardo Da Vinci Battle of Anghiari
“… The Battle of Anghiari (1505) is a lost painting by Leonardo da Vinci at times referred to as “The Lost Leonardo”, which some commentators believe to be still hidden beneath later frescoes in the Hall of Five Hundred (Salone dei Cinquecento) in the Palazzo Vecchio, Florence. Its central scene depicted three men riding raging war-horses engaged in a battle for possession of a standard.…”
END_OF_DOCUMENT_TOKEN_TO_BE_REPLACED END_OF_DOCUMENT_TOKEN_TO_BE_REPLACED