Title: The First Supper – The Ghost of the Last Supper secret planning.
Medium: Oil on  wood
ID Number: 3038
Year: 2007-2009
Size: 48 x 24  inches
Price: $10,500 Description: The composition was modeled directly after Leonardo Da Vinci’s “Last Supper” but that’s where the similarities stop.  Each group of apostles deals with the differences between themselves, while not relating with the central figure.  The visual dialog is meant to be read from right to left.

The painting remained like the above photo for 12 months.  Then, the artist reopened the painting and took it in a whole new direction, with very little regard for the original concept.

The dialogue then switches direction when new layers are created.  The most obvious example of this is the featured baby in the arms of the central figure.  This figure is transformed from Jesus into his mother holding the baby Jesus.  This metamorphosis changes everything.

The new direction was inspired by Graffiti Art and the artist’s own Back-Story Underpainting style. 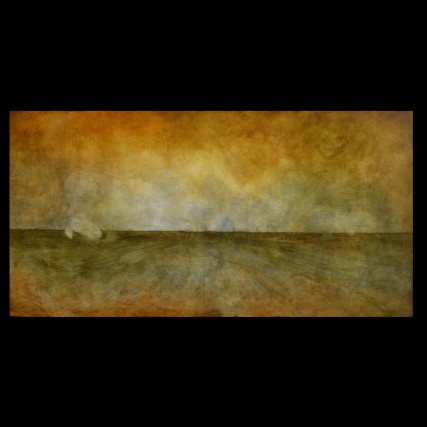 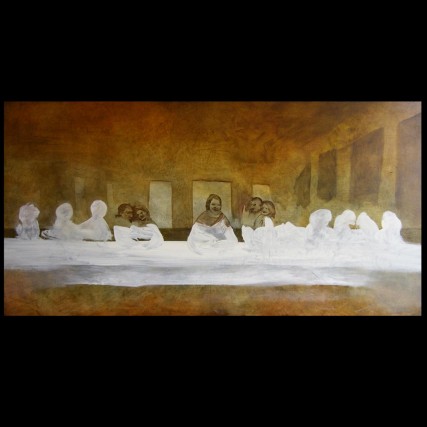 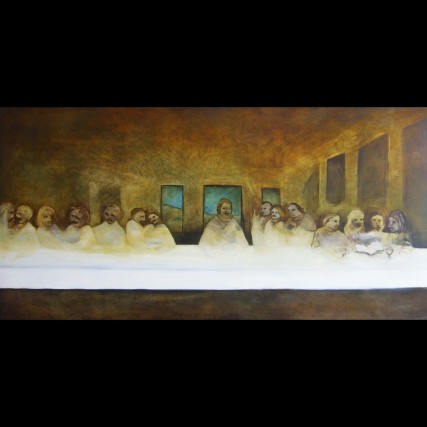 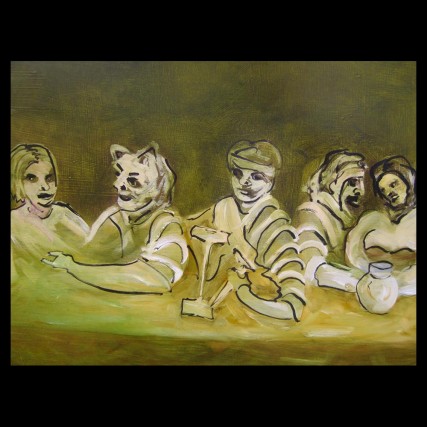 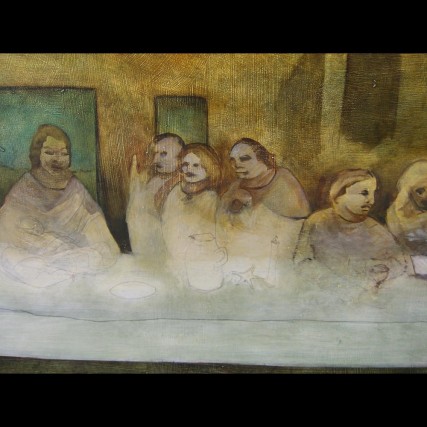 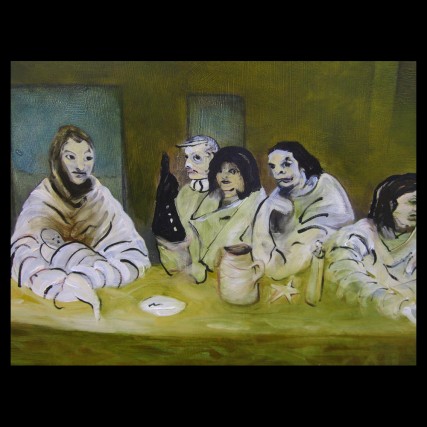 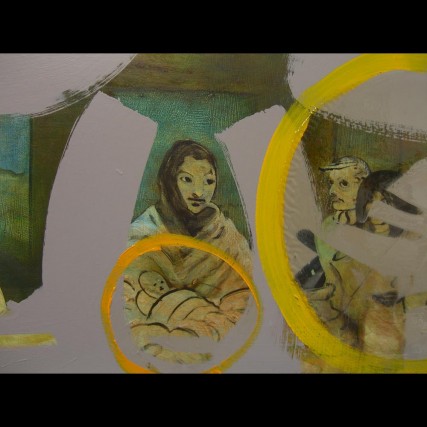 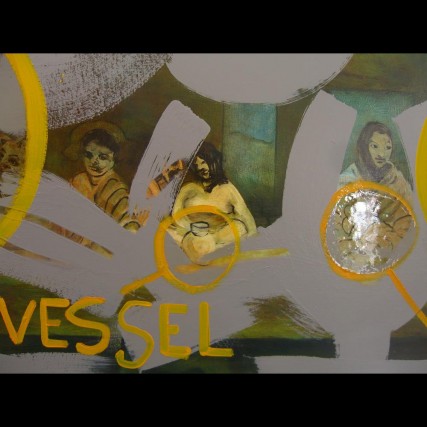 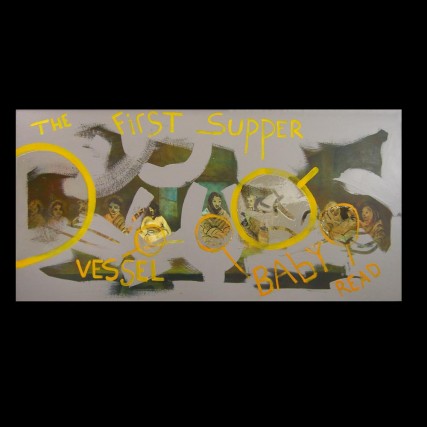 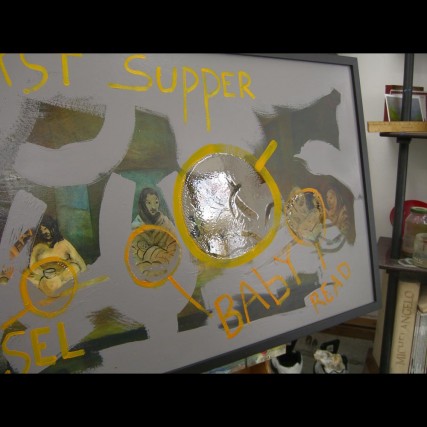 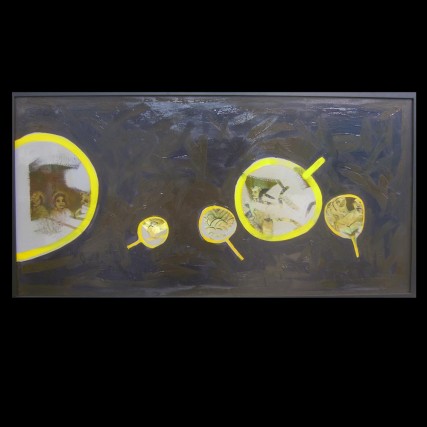