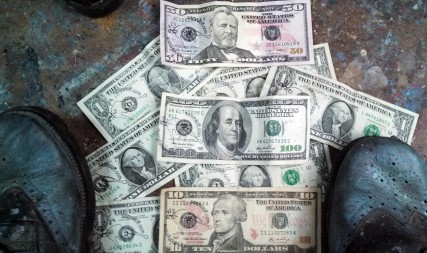 On My Studio Floor with Defaced Bills

Starting back in October 2013 I started stamping all the money I got my hands on with this icon.

The symbol I used is based on the fact of my body being so recognizable that by putting on the Anonymous mask is absurd.  So I coined the term Non-anonymous and created a stamp. 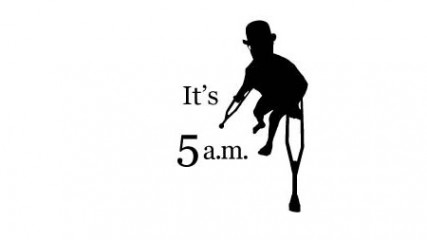 The idea started after I watched “Exit Through the Gift Shop” and researched the artist Banksy.  I was inspired how he plays with images and their context as well as his tongue and cheek humor. Being handicap makes it difficult to do street art graffiti, so I found a simple way for me to get my message out, and that was using dollar bills.

The image is based on a scenario where an anonymous street artist stencils this image to the wall. 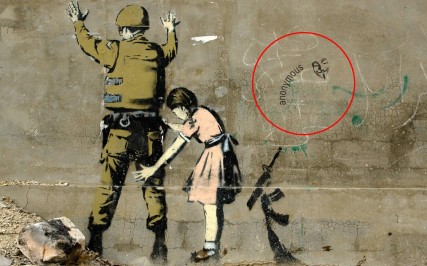 Then I would come by and stencil my part to the bottom part of the image totally changing the meaning. 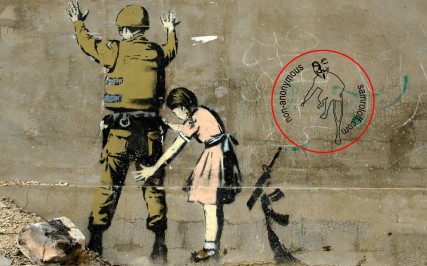 The stamp is currently being stamped on US Dollar Bills. 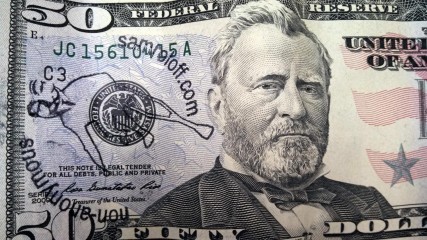 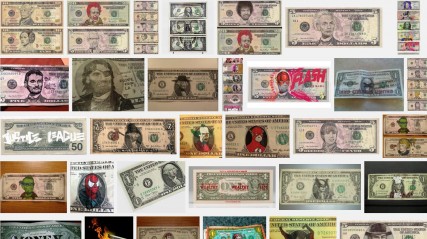 Examples of Defaced Money US Bills as found on Google 2013 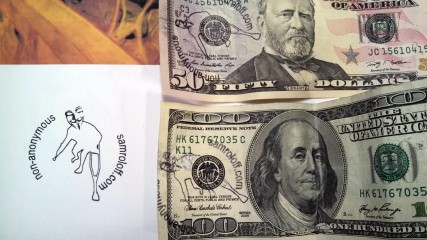 Found this article on Yahoo and grabbed the last paragraph

“…Therefore, in conclusion, if you deface money in a way to gain some sort of profit or to alter the bill such as make a 5 a 10, then you are committing a felony that is going to be pursued if discovered. However, for those out there stamping a smiley face or two on a dollar bill, or beating your pennies into pancakes with a hammer: Uncle Sam has bigger fish to fry. Those who are making art or fashion statements with their coins, most likely would not fall into trouble, but you are not likely to ever see someone trying to mass market a clothing line with defaced money on it because that would fall more under the illegal side of things.”

Here are some interesting related articles: